Enables residents to simply log in from the moment they start experiencing casting shadow inconvenience for activating a ‘stop’ signal. 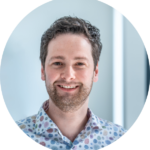 When the sun shines, wind turbines can cause shadow flicker. Guidelines have been drawn up in the Netherlands to limit nuisance; local residents may have nuisance from shadow flicker for a maximum of 5:40 hours a year (measured on the facade of the house). To limit the nuisance, light sensors have been placed on the turbine that measure whether the sunlight is strong enough to cause shadow flicker. This measurement is combined with a table with block times in which nuisance can be expected at a specific location. If the sun shines within a block time, the turbine is automatically stopped. The result is that the turbine is often switched off unnecessarily when local residents are not at home and therefore do not experience any nuisance.

The windfarm owner is also able to login to see the current status of their windfarm. Within the portal, the owner is able to see who gave stop signals and when they were given.

How does it work?

In case someone wants to stop a turbine, then the Topwind Shadow Control system has to determine if the person is able to do so. The algorithm will receive the needed data to do so. Data such as light intensity and the given table with the schedule when shadow inconvenience can occur for someone.

In case the systems says that all the requirements are being met, then the person is able to use the stop buttons in his personal portal.

The admin (the windfarm owner) can decide the duration of the stop. 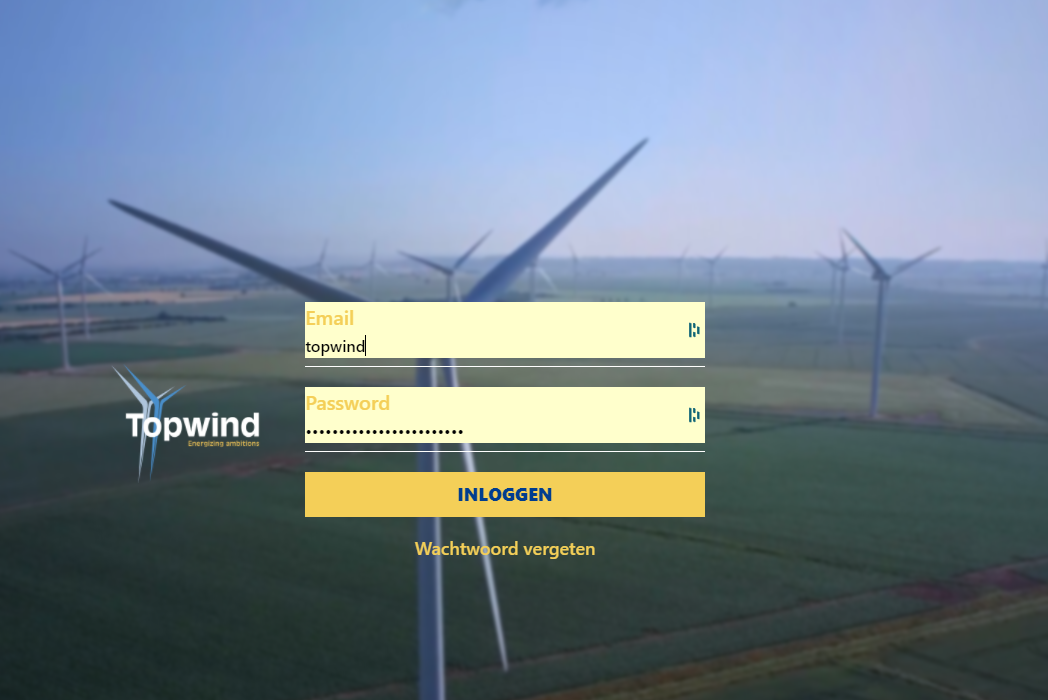 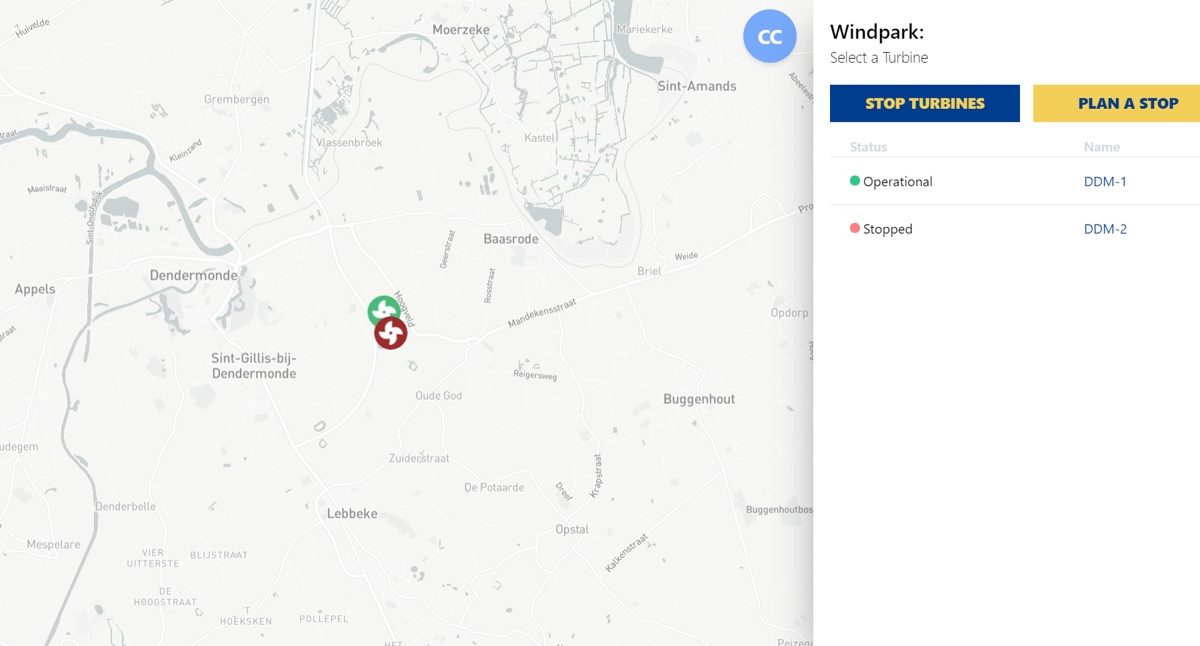 Options for the nearby resident 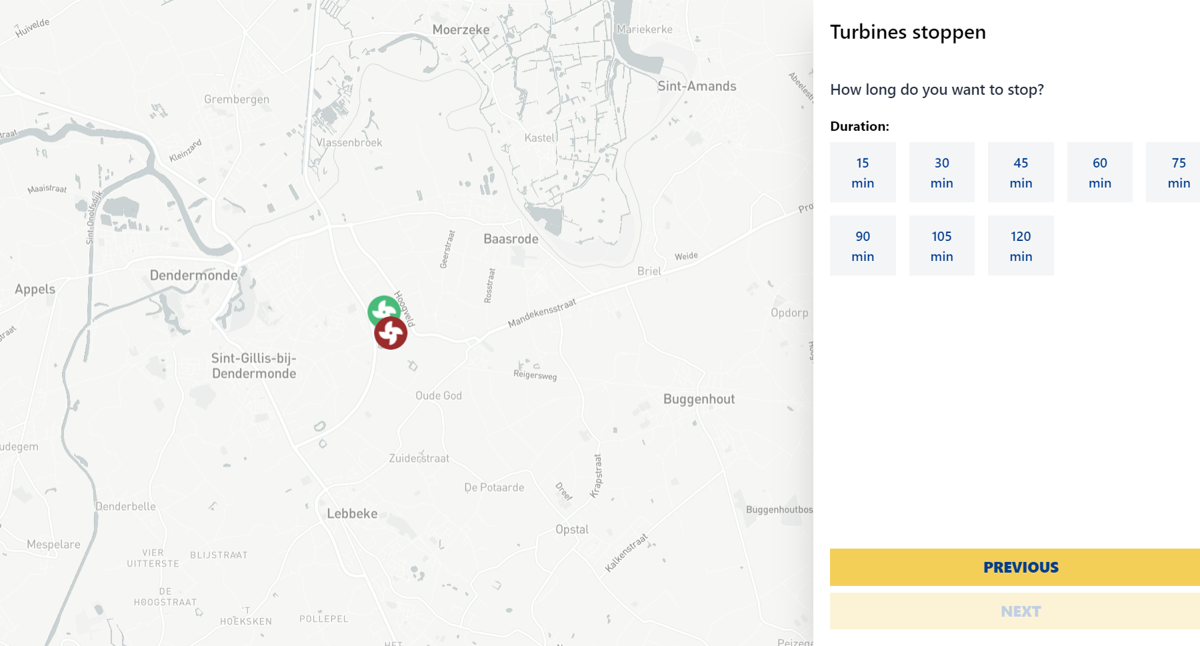 Timeslots for the duration of the stop 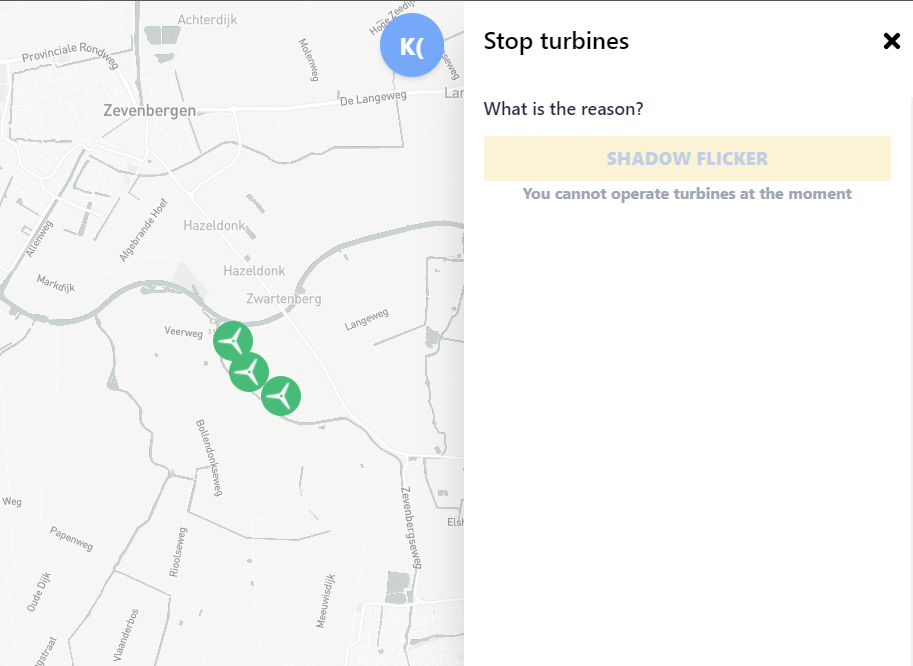 What they see if there is no shadow flicker 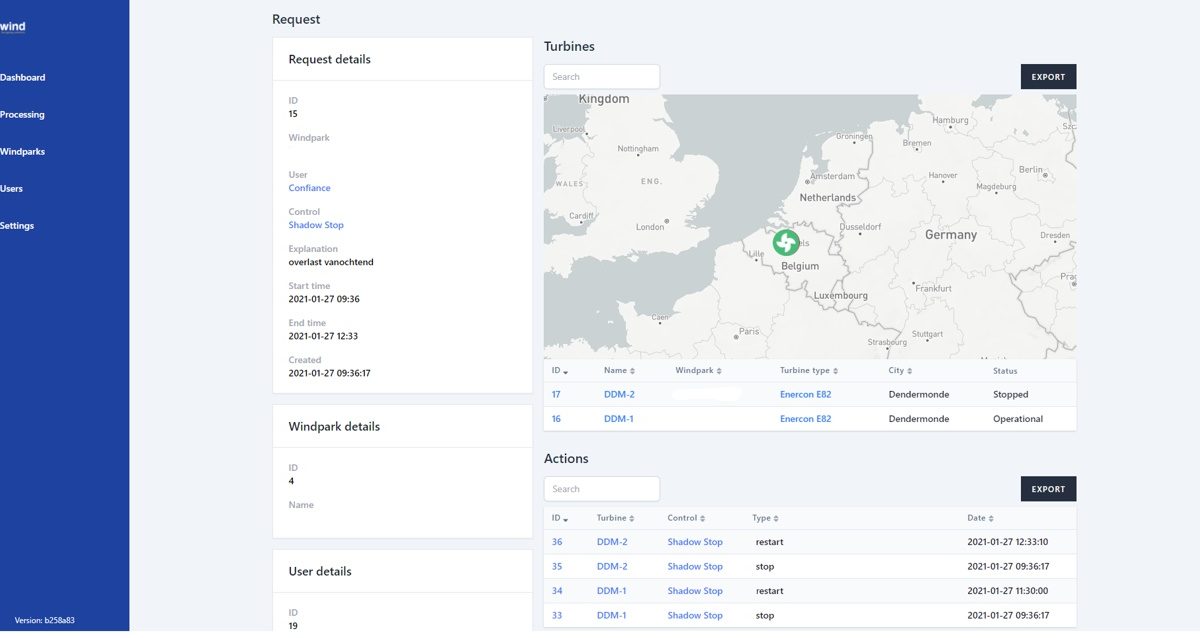 What the admin can see 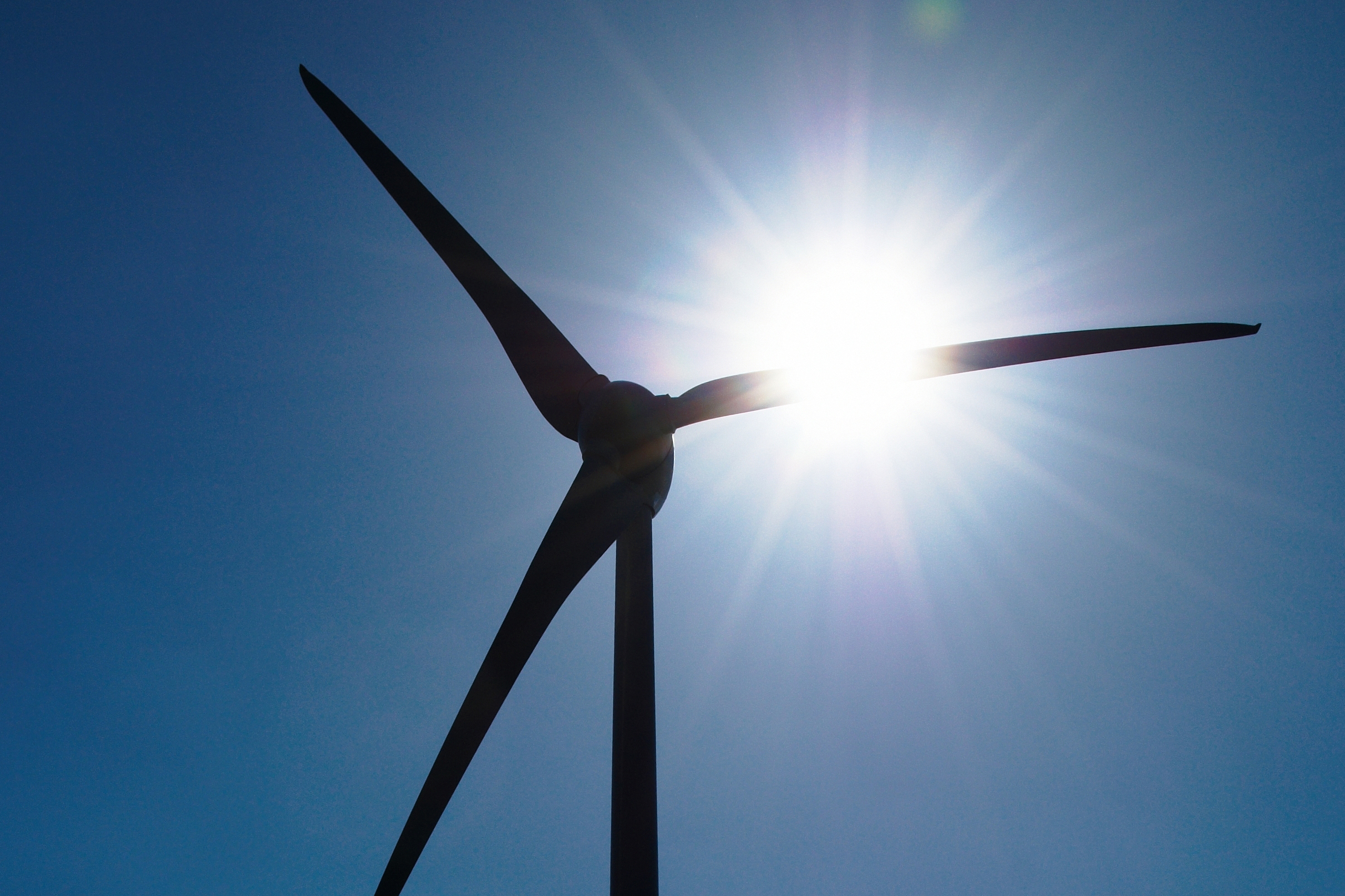 Optimize the performance of your wind turbines

Focus is at the viability of your business cases through finding the optimal match between wind turbines and their surroundings. 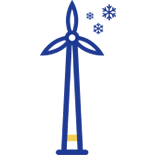 IPS is unique in its capability to prevent icing, whereby a given turbine is manually or automatically switched off before blade surface ice settlement has occured. 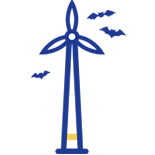 Monitoring implies the registration of bat activity with an ultrasound microphone located within the nacelle base near the rotor. 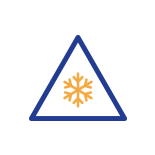 Even though there is under such conditions no direct danger for ‘ice throw’, it remains key to inform residents about a turbine’s status.

Being an IPS operator gives nice views. Last season one of our operators made a shot of a dove relaxing on a support at a height of 100-meter. #windenergy #windturbine #dove #iceprevention 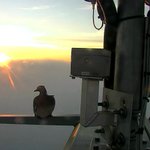 Our latest installation of multiple Topwind Ice Alert Displays on this unique location of Storm at the harbour of Gent. Every Ice Alert Display is equipped with a battery pack and a solar panel and has an autonomy of 90 hours. 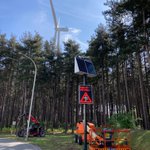 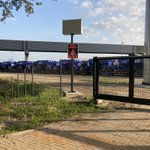 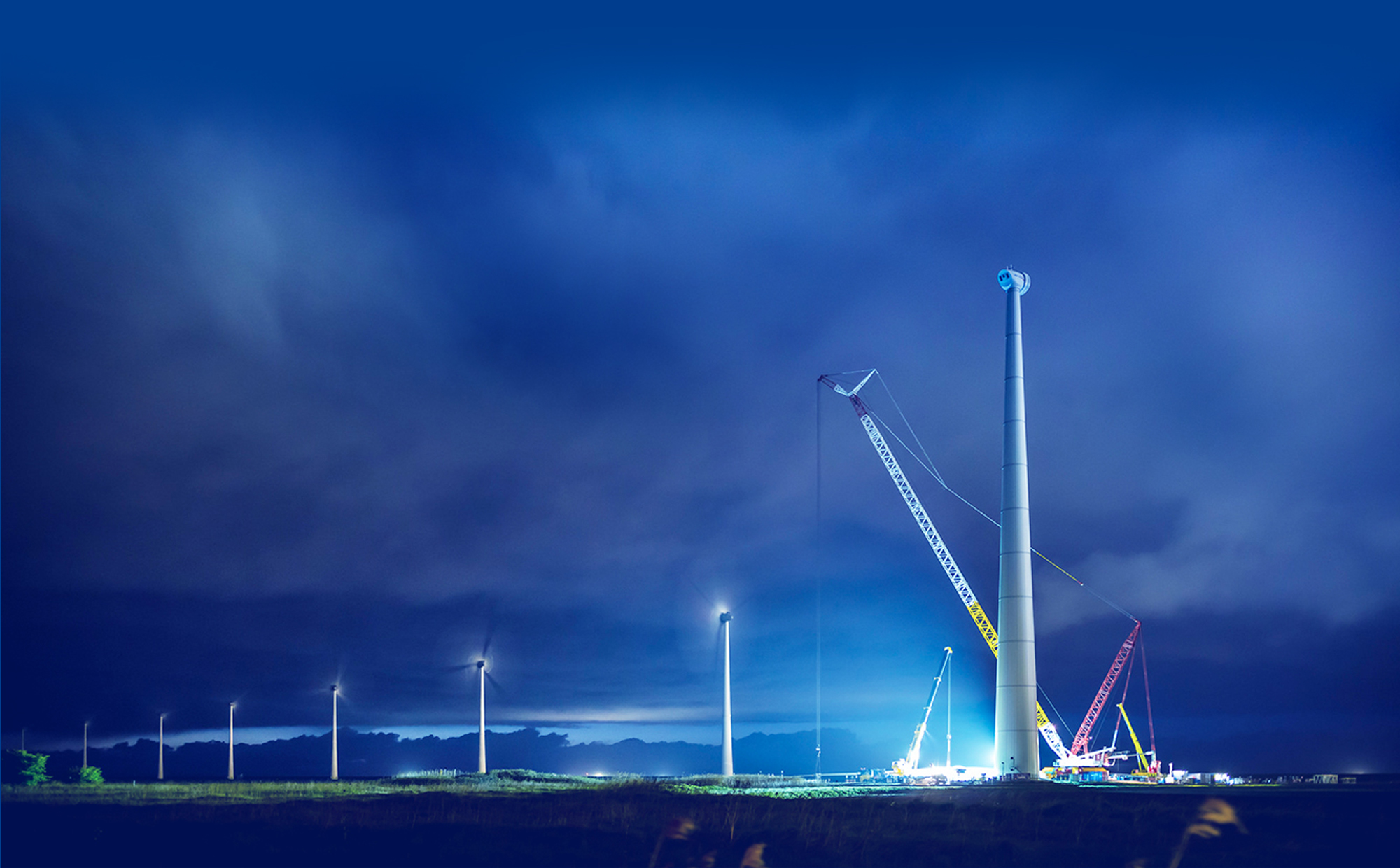